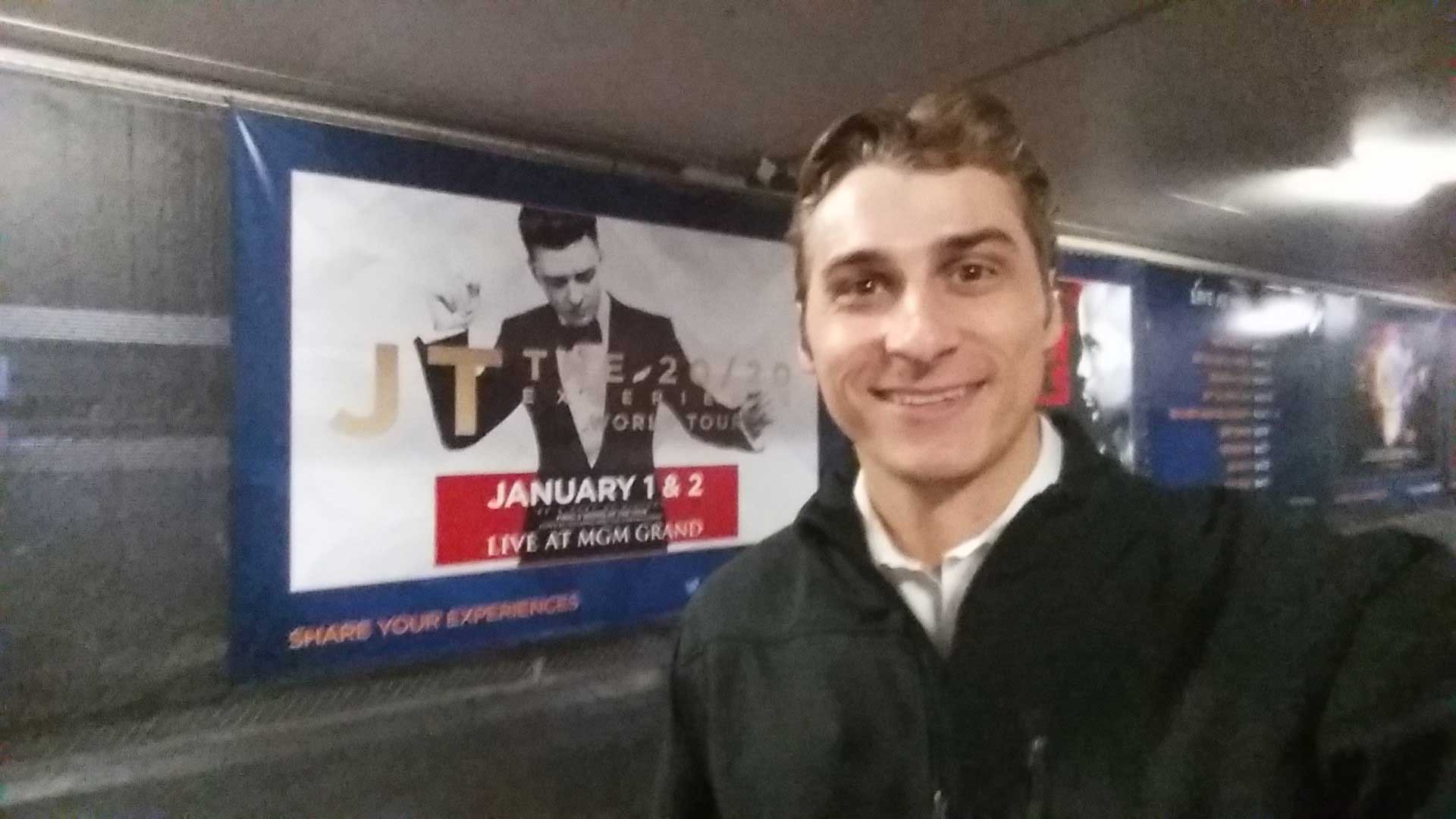 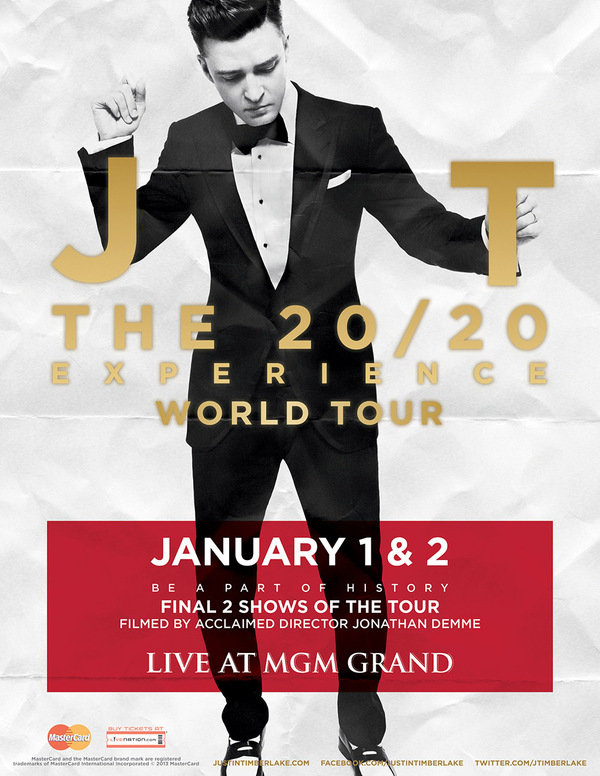 At the end of 2014 I had the extreme pleasure of being Justin Timberlakes stand in for his tech week at the MGM Grand here in Las Vegas.  This was for the final shows of his 20/20 Experience World Tour that took place January 1st and 2nd. 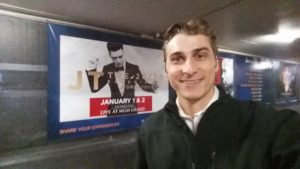 First day, I was pretty excited. 🙂 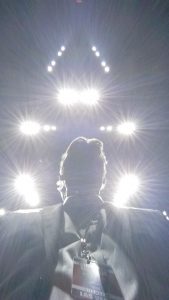 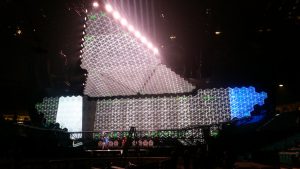 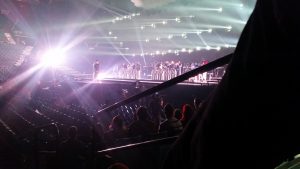 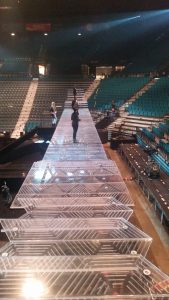 Up on the moving platform 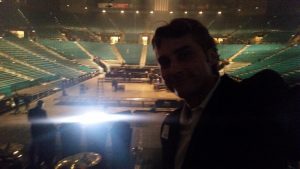 Looking out at the seating

This was the first time for me doing something like this.  As the show set up at the MGM, their crew had several days of tech rehearsal where they dialed in camera positions and movements, lighting cues, stage movements, etc.  During these three days, they needed someone that was the same height and build as Justin and luckily I fit the bill.  This type of work has a lot of standing around in it, literally, but it was fascinating to see how everything worked behind the scenes on one of the biggest shows in the world.  At one point while standing center stage, the coolness factor pretty much blew my mind as Justin Timberlake said hello and started dancing next to me.  I got to watch two full rehearsals of the show, eat with all the crew and speak a bit with one of the shows dance choreographers.  Definitely a great way to end a wonderful 2014.